10 Films to Watch With Your Dad on Father’s Day 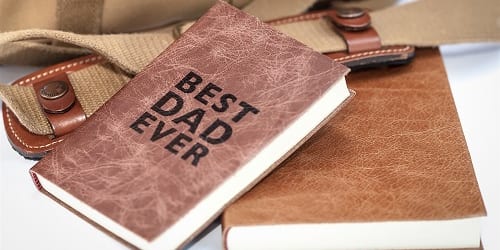 If you need something to do with dad this Father’s Day that doesn’t involve sports or grilling red meat, click on one of these classic films. From alien invaders to animated Disney classics, there’s something on this list for every father figure, be they sports fans, movie buffs, or just typical dads.

This sci-fi film is M. Night Shyamalan before he out Shyamalan-ed himself. It’s the suspenseful story of the Hess family, who barricade themselves on their homestead after what appears to be alien life lands in Bucks County, Pennsylvania. Mel Gibson plays a struggling father, who relies on the help of his brother (Joaquin Phoenix) to keep his children (Rory Culkin, Abigail Breslin) safe during such strange and threatening times.

9. War of the Worlds

This modern take on an H.G. Wells novel stars Tom Cruise as Ray Ferrier, another father desperately trying to keep his family safe in the face of an alien attack. Only this time there’s no farm to shelter on and the invaders, long-legged spidery creatures called Tripods, are actively looming over the cities, destroying everything in their path. If nothing else, it’ll remind you to review your own apocalypse-preparedness plans with your dad.

This 1998 remake of The Parent Trap features a post-Mean Girls Lindsay Lohan as both Hallie Parker and Annie James, twin daughters who were separated in their infancy. After they reunite unexpectedly at summer camp, the girls devise a plan to reconcile their father Nick Parker (Dennis Quaid) with their mother Elizabeth James (Natasha Richardson) before he remarries. It’s an easy laugh that’ll have you questioning how far would you go to save your dad from a bad second marriage. I mean who needs a wicked stepmother anyway?

If you and your father are ok with openly crying in front of one another, check out Finding Nemo. It’s the film that not only ushered Disney into the digital era of animation, but also made everyone promptly call their fathers upon leaving the theater. Join Marlin, an anxiety-ridden clown fish, as he searches the great blue for this son, Nemo. Just be sure to bring the tissues.

Another breed of kidnapping film, Taken swaps the scuba divers in Finding Nemo for international criminals wanted by Interpol. The thriller kicks off after Bryan Mills (Liam Neeson) learns that his daughter has been “taken” by these men while she was vacationing in Europe. Mills then reveals himself to be an ex-CIA agent, who is prepared to use his “very particular set of skills” to get her back.

5. Indiana Jones and the Last Crusade

The parent-saving-child narrative gets turned on its head for this installment of the Indiana Jones series. In it, viewers meet the original Dr. Henry Jones, the man who gave Indy his name. Only as we quickly learn, he’s gone missing. Indy must suddenly embark on a journey to find his father, played expertly by the only man capable of pulling off a tweed bucket hat Sean Connery, while also trying to locate the holy grail before the Nazis find it.

There’s lot of saving humanity on this list, so also be glad that you and your dad are just in charge of the hot dogs this weekend. Interstellar stars Matthew McConaughey, as an astronaut farmer, who leaves earth to find another planet suitable for human life. Through time and space (and thanks to the power of love?) he teams up with his daughter to build a future home for not only their family, but the entirety of their species as well.

No one emphasizes the importance of family quite like the mob. In this Francis Ford Coppola cult favorite, Michael Corleone, the youngest son in an Italian-American crime family, must choose between the life he’s building and the life that was built for him. The story reminds us that while our father may ask us to clean the gutters, at least they doesn’t expect us to join the Mafia. We hope…

Ever find out something about your dad that changes your dynamic? Like the fact that he took ballet during those football glory years, or that he’s a better cook than your mom, or that he’s a skilled hitman? The latter was the fate of Peter Sullivan after he witnesses his father “at work” in the Road to Perdition. Explore their violence-ridden world and be thankful you don’t have as strained a father-son dynamic.

1. Father of the Bride

Think your folks have trouble letting you leave the nest? Imagine how your dad would react if you returned from college and a semester in Europe with not merely a brand new boyfriend, but instead a full-blown fiance? Watch as George Banks (the hilarious Steve Martin) panics as he is met with that exact situation. Banks desperately tries to come to terms with his daughter’s quickly approaching wedding as he prepares to give her away.

You and your father may not have fended off aliens, explored space, or escaped capture by treasure-hunting nazis, but there are few experiences more valuable than spending quality time with your dad. Even if neither of you liked the film, sitting down to watch something together sure beats buying him another tie. Happy Father’s Day. 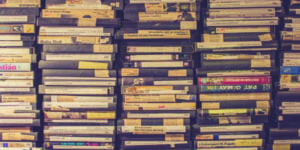 Making Snap Decisions on What to Watch
Television used to disappear. Unless you had a VHS tape…
Shares