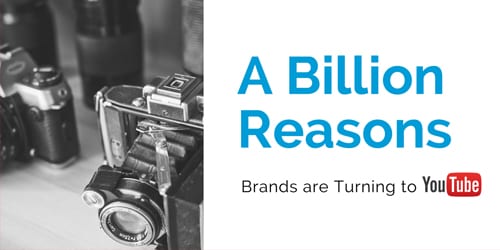 YouTube announced this week that people around the world are now watching one billion hours of YouTube videos every day. That’s more than 100,000 years of back-to- back streaming. And here you thought your six-hour- long Netflix binges were a little aggressive.

With so much video content being viewed online, and with more and more people switching to commercial-free subscription services for their offline viewing, online video is becoming a universal vehicle for everyone from middle schoolers to music superstars to get their messages out. One of the biggest sectors of growth in the million hours of daily video viewing is in branded content. Brands are getting savvy about serving their message via YouTube video thanks to two main drivers.

Using YouTube’s newly released one billion hours usership number, we can do some quick armchair math to uncover the impact of increased video viewership on ad viewership.

The average YouTube video lasts 4.4 minutes—about 14 videos per hour. That means in a billion hours of viewing, users have the potential to watch nearly 14 billion separate pieces of content. Now, for the sake of argument, let’s imagine that each of those 14 billion videos contains a preroll ad. With the average preroll ad at about 30 seconds long, that’s 7 billion minutes, or more than 100 million hours, of advertising content possible every day.

Of course, these are rough calculations that will vary based on whether or not a user is watching a monetized channel, the average length of each streamer’s videos, and how many users watch the full length of the preroll – it’s about 30 percent. Yet even with a million shaved off or added here and there, this is a remarkable number. This high growth ad sector is particularly relevant in a time when consumers are wearing out their fast-forward buttons to bypass commercials on TV and millions of households are cutting the cord on cable.

Music videos or clips from TMZ and late night talk may proliferate the daily roll of what’s trending on YouTube, but 2016’s top viral videos list gives a glimpse into the rise branded content as a form of entertainment. Among the top ten most viewed videos last year were a commercial spot from Nike and an influencer partnership from Emirates Airlines. Those two videos alone have nearly 100 million combined views.

The reasons these branded videos work as entertainment is because they sell an idea over a product. For Nike, it’s the idea of working hard to achieve goals (plus the added bonus of watching a famed soccer player in action). For Emirates, it’s the concept of untouchable luxury, of which a small piece is attainable in budget class.

Brands that produce entertaining content are turning to YouTube as their platform because of the high viewership, free uploads, ability to monetize, and proof of results. Consumers recall a brand 33.1 percent more frequently after viewing a YouTube video than consumers who didn’t see the video. Science shows that our brains retain information more accurately and for longer when concepts are paired with videos or images—whether that concept is a U.S. history unit or a list of product features. Branded content positively affects brand recognition, perceived legitimacy, and company reputation.

When the first video was uploaded to YouTube in 2005, there were probably few of us who would have guessed that single 18-second clip of a guy named Jawad Karim at the zoo would soon be eclipsed by one billion hours of viewership every day. But if we knew then what we know now, you can probably bet a brand would have paid to make the logo on the Jawad’s jacket a little more visible.

Stanley is an experienced professional in video production, marketing, and social media. He is a highly innovative and compelling visual storyteller who turns businesses into brands.

He is adept at establishing company images, transforming businesses into recognizable and exciting icons. Stanley’s passion for bringing ideas to life is evident in every video and animation created by True Film Production.

Ready to get started? 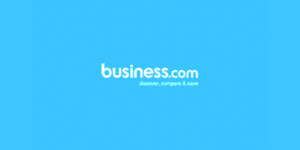