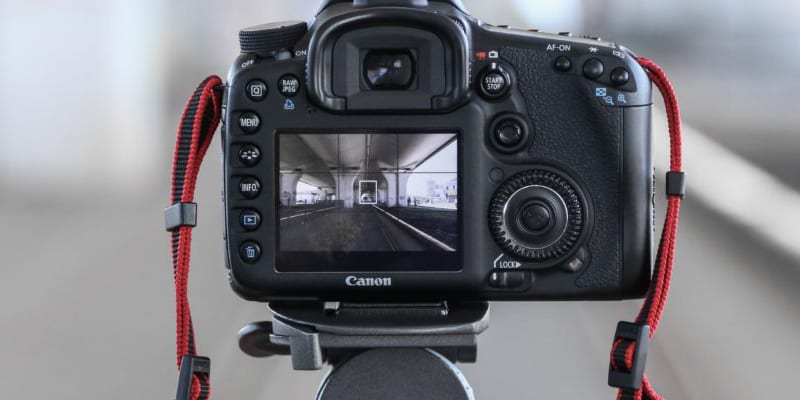 2017 was the year of video. Network TV took a backseat to online streaming, YouTube blossomed in daily views, and social media networks built a backbone of video content and advertising.

True Film is always looking to be at the forefront of trends—in both video marketing and storytelling. We know that looking to the past is the best way to predict what’s coming down the pipeline.

Live and broadcasted video nuzzled itself into almost every major social media platform this year, including Facebook Live, Instagram Live Stories, Snapchat, and even Vimeo Live. In fact, live streaming video has become so popular that Facebook considers Live to be a different form of content than other types of video.

Live video is continuing to grow for both individuals and businesses alike. This broadcasting feature allows people to share what they’re doing in a direct, experiential way. It gives brands the opportunity to showcase their events, team, clients, and products in a raw and authentic manner. It better promotes the lifestyle of a brand.

Live video is still at the beginnings of a predicted surge. Cisco reported that live video will account for 13% of total Internet video traffic by the year 2021—and we’re expecting it may even hit that number by the end of 2019.

Facebook became a huge player in the video-sharing world in 2017. Facebook is seeing nearly 8 billion video views per day with a total of 100 million hours watched daily. In fact, Facebook has become more saturated with video content than pictures or status updates. Mark Zuckerberg has revealed that video is going to be the backbone of Facebook moving forward, especially with regards to paid promotions and advertising.

This means marketers need to find ways to build their Facebook channels and following. Beyond this, though, it also means they need to create a new form of video. 85% of Facebook videos are watched without sound—likely because most Facebook viewing is mobile. Thus, video creators are faced with a new challenge: how do you tell silent stories that maintain engagement with scrolling viewers?

Though not new in 2017, the influencer market has seen an upsurge in the past year. According to Think With Google, 6 in 10 teen YouTube subscribers say that a video creator has changed their lives or how they see the world, and half of 18 to 34 year-olds would drop what they’re doing to watch a new video by their favorite influencer.

Influencers have become the key to video creation. They have found ways to connect with their audiences through branding, storytelling, and relationship building. Influencers still have a hold on the vlogging sphere, which has become a personal way to build an individual or organizational brand.

Some people expect the influencer bubble to burst in the upcoming years, but we disagree. Influencers are building their own businesses by using engaging, interactive, and aesthetic content. This type of content will be the key to success for all video creators moving forward.

The technology of 360-degree video is no longer novel—but the possibilities for novelty are still growing. Though 360 has been around for several years, 2017 brought with it an increase in the number of platforms that can compatibly share 360-degree video. An increase in mobile usage has also allowed for more interaction with this type of video. This has made 360 video more accessible for consumption, which makes it more applicable to business marketing campaigns.

360-degree video is no longer just a fun new technology. It’s becoming a powerful tool for storytelling. We anticipate that this will continue to expand as influencers and businesses want to build more engaging relationships with their viewers. Placing a viewer right in the middle of a scene creates an interactive experience that can’t be matched with other dimensions.

Because 360-degree video is still fairly new, there are no predetermined “rules” or expectations yet. At True Film, we love bending the rules and taking our work to new heights, so we anticipate and look forward to a growth in this type of emerging video.

Businesses are no longer ignoring the importance of video in marketing and selling. Video is proving the strongest way to attract customers, drive purchasing conversions, and grow a long-term relationship with consumers.

73% of marketers report that video has positively impacted their marketing return on investment. Thus, as video advertising is proving itself fruitful, video budgets are skyrocketing in tandem. More money is being put into video, which is enabling production companies to build even more innovative and creative campaigns. This surge of money in film production is compelling exciting change in the quality of video creation.

Video is becoming the foundation of all communication for the majority of businesses, both small and large. And it’s not going anywhere.

Today’s consumers are annoyed with the majority of advertising. They don’t want ads popping up while they’re watching their Facebook videos, and they don’t want jarring advertisements when they’re YouTube subscribers. Moreover, a change in television has brought with it a change in program advertising. Consumers have quickly started to “tune out” to unwanted video advertisements.

But not all advertisements are lost. In fact, short-form advertising has become a means of instant gratification for today’s viewer. Six-second videos quickly grab and maintain the attention of the audience by instantly presenting some sort of intriguing story. Consumers are actually showing a positive reaction to these quick, pop-up video ads.

Thus, the shortened ad—especially when placed next to other video content—is becoming a crucial means of improving view rate, engagement, and conversion metrics for marketing campaigns.

Although video ads are becoming shorter, video content itself is growing. We’ve seen a growth in long-form videos that tell extended, emotional stories.

Video is becoming the new cinema. People are watching content from their favorite brands and influencers to gain value, whether that’s entertainment or information. Businesses are realizing that video is the strongest way to share their brand stories, products, and mission.

With this long-form content, storytelling has become king. If you can tell a cohesive story and build a strong storyboard, your content will sell itself.

Based on the 2017 trends, we predict the following for 2018 video content:

• Video will become more mobile compatible. This means square videos with an emphasis on live broadcasting.

• Silent videos are going to be the catalyst of 2018. Creating videos that instantly hook the viewer and tell a story through visuals and nonverbal cues is going to be an exciting challenge for this year.

• Video advertising as “interruptions” will continue to shorten, but longer video content will still be king for brand voice and viewer retention.

• The quality and technology of 360-degree video will improve as more influencers and businesses take on this uncharted territory.

• There will be a greater emphasis on pairing written content with video content. Writers and production companies will build deeper relationships to deliver more in-depth marketing and content campaigns.

Quality over quantity will be the motto of 2018. People are only watching videos of high quality, so posting daily videos isn’t as important as building videos with a storyline, purpose, and mission.

True Film Productions is excited to be at the forefront of technology and trends for 2018. Beyond that, we are excited to continue to grow our Trueinspirations.co channel. This channel focuses on inspiring and empowering stories of human connection.

2018 is going to be the year of challenging the status quo of both overall society and video creation itself.

The excitement for 2018 creativity is brewing…

Be at the head of innovation with True Film Production! 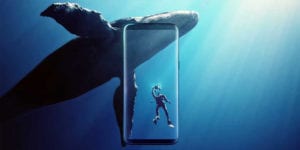